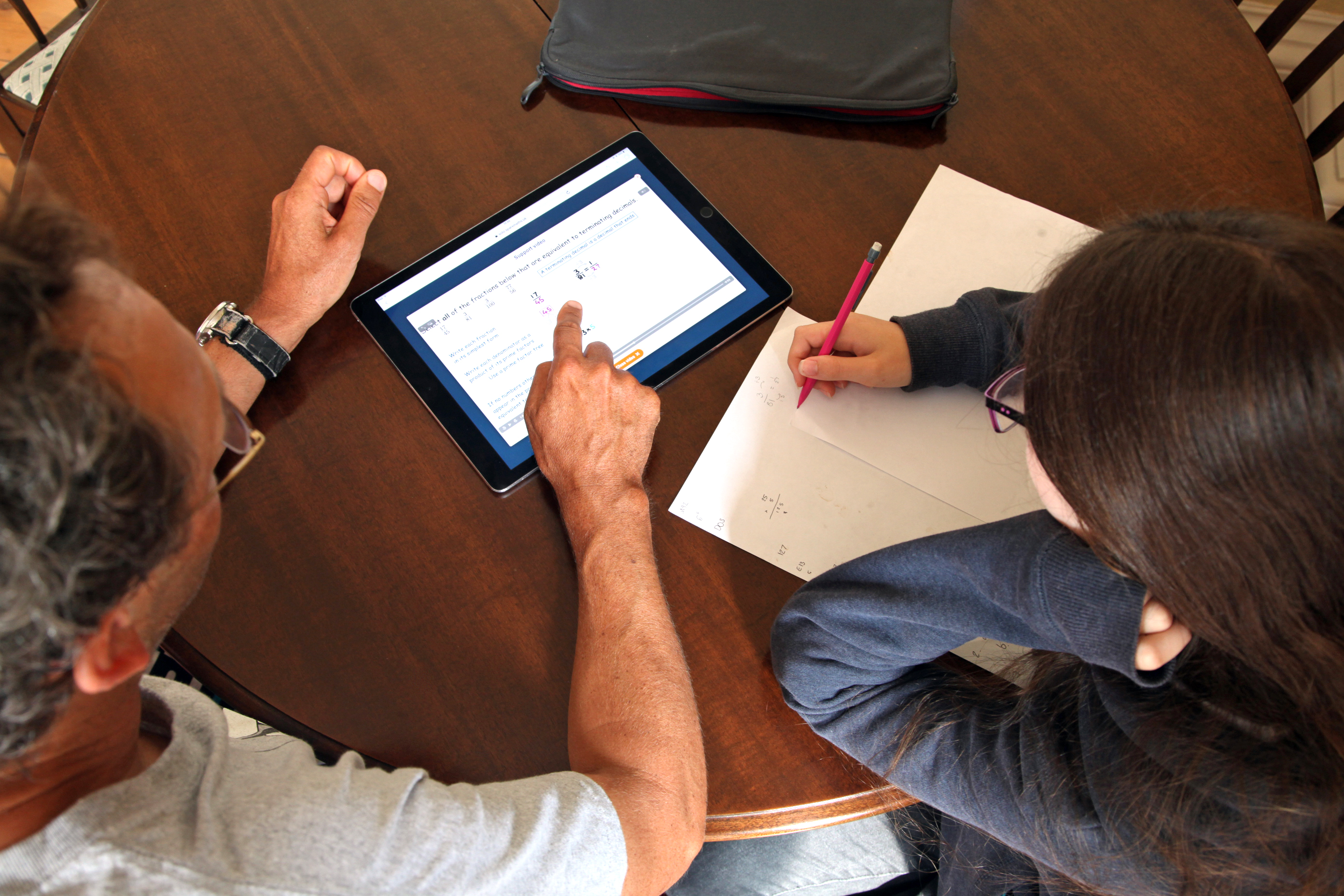 When I began Sparx, almost a decade ago, my aim was to find a scalable way to increase motivation and learning in maths and other subjects in schools. We have made a lot of progress by harnessing the power of technology to create an adaptive teaching and learning system for both school lessons and homework assignments which delivers a personalised learning path for each student.

But a vital part of the effective development of this technology has been to incorporate more traditional teaching methods. In this article, I want to talk about one of those – ‘writing down’ maths.

It turns out “writing down” maths is imperative to learning and retaining new techniques. Yet it’s a hard concept to incorporate into ed-tech based learning. In the end, we found an ingenious way to ensure students were taking the time to write down the stages of their answers without having to audit their books.

Let me tell you how we did it.

I began this quest convinced of the power of writing down maths. A quick Google search tells you much of what you need to be similarly convinced. “The importance of writing in the mathematics classroom cannot be overemphasized. In the process of writing, students clarify their own understanding of mathematics and hone their communication skills. They must organize their ideas and thoughts more logically and structure their conclusions in a more coherent way”, states IDRA, the Intercultural Development Research Association.  In fact, I couldn’t find a single article which disagreed.

And every maths teacher, Headteacher or educational professional I’ve ever met, agrees.

It is important to realise that students complete worked examples to practice the method, not to get the correct answer. And writing down the steps is critical to successfully practising the method. It’s particularly evident working 1-2-1 with students. For example, when a tutor asks a simple question: 2w = 10, what’s w?  Students will just “know” the answer is 5, but how do they know this? If they cannot explain, in logical steps, how the answer is 5, they won’t be able to answer a harder version of the same problem. Writing down the steps to solve the easy equation will enable them to articulate, and hence learn and retain, the method.

The Sparx prototype was a multiple-choice algebra app. On its first use, the app brought calm and focus to a chaotic class. We were delighted as we watched these children quietly working through increasingly difficult algebra questions. We thought we’d cracked it.

As they say, pride comes before a fall. Two lessons later, a paper test revealed they hadn’t actually learnt any algebra. They had merely become good at guessing appropriate answers from increasingly complex algebraic expressions.

So having surmised that, as expected, writing down the maths was imperative to learning, we began changing the assessment, asking students to write down workings – but they did not.  Over many months we tried different ways to make them show their method, to no avail.

It was a big learning moment for us too. It seemed indicative of the modern, app-based learning style. If you look at students using screens for learning, where are they focussed?  It’s on the screen, not working through problems logically with pen and paper. Clearly integrating screen-based testing with paper-based learning was crucial to success.

We researched hard in our pursuit of success.  We tried everything from simply wearing T shirts (“Have you written your working down”?) to iPads with cameras recording their book work or special pens with inbuilt radio transmitters, relaying their working. Yet nothing seemed practical, or scalable.

We were down but not defeated. I rallied the Sparx teams, reminding them of the French philosopher Auguste Comte and his lack of scientific vision. In 1835 he confidently predicted that, due to their distance away, we could never know the chemical composition of the stars. Within 30 years he was proved wrong with some very clever science that seemed impossible at the time of his prediction.

Our problem seemed impossible now, but I had faith that we’d crack our own composition of stars and get students writing down their maths thinking.

And we did. The solution is so simple but ingenious. We call it WACs (Written Answer Checks) and it works by asking the student to re-enter an answer from a previously asked question. If they get that wrong, we mark all work between now and that previous question as needing to be re-done and “this time – please concentrate on written work”.

It worked a treat. It’s scalable. Involves no cameras or special pens and it even had an unexpected consequence for some students as this was the first time they’d had to review their own work.  We soon noticed that legibility was improved, and students were taking the time to write in clear columns, with better spacing. Finally, since the habit was now to have pen and paper in hand, rather than hunch over a screen, and to write clearly with a logical layout, they were understanding the necessity of working through a method.

Additionally, we’ve heard anecdotal evidence that this improved accuracy, legibility and organisation has transferred to students’ other subjects too.

Although not hugely popular with many students, we have been using WACs ever since. We have finally proved through a randomised controlled trial that students make significantly more progress using Sparx Maths Homework. And I am convinced that WAC’s have been critical for this success.